Last month I spent a good few days researching green policies. I’m talking about the Green New Deal, the Paris Agreement, the European Green Deal, and now the UK’s Ten Point Plan For A Green Industrial Revolution. There’s a lot of “greening” going on in politics right now, and for good reason: the climate crisis is seen as an important political issue by the majority of voters.

In the US, 68% of American voters called climate change an important issue, despite it being “chronically under-discussed“. Now I recognise that there is more to politics than what’s going on in the US, but it does seem to be the fastest-changing political power right now with Biden rejoining the Paris Agreement, as well as scrapping an oil pipeline that threatened indigenous people and land, and all within his first few weeks in office.

Compare that to the UK Government’s declaration of Climate Emergency in 2019, and now its repeated postponement of the Environment Bill, and you’ll see why things just feel stagnant here.

Either way, I think it’s important that anyone interested in the environment and sustainability is clued-up on green policies. In fact, I think everyone deserves to be better informed about politics in general. That’s how we create a true democracy. And how we recognise our power and rights as citizens, rather than simply being “consumers”.

So, to help break things down, I’ve put together summaries on four key green policies, as well as a few notes that compare them against one another. Because it turns out, not all green policies are equal…

The Green New Deal (GND) is a proposed resolution that aims to address climate change and economic inequality in the United States. Its name originates from the New Deal, a legislation package that was adopted by US President Franklin D. Roosevelt in the 1930’s.

The GND was originally proposed by the Green New Deal Task Force, and later supported by the Democratic Party.

In essence, the GND pairs economic growth with modern approaches to sustainability, such as:

The key goal of the GND is to make the US economy carbon neutral while promoting economic and environmental justice and equality.

The Green New Deal In Practice…

At the start of 2019, a letter in support of a GND signed by 626 organisations was sent to all members of US Congress calling for a number of these measures. Notably, the letter also included that signatories would strongly oppose market-based mechanisms and technology options such as:

In 2020, the GND was proposed to form part of the US recovery program aimed at supporting businesses and people affected by the covid-19 pandemic. This, and similar programs in the European Union and United Kingdom, are known as ‘Green Recovery’ programs.

Despite now-President Joe Biden stating that America would rejoin the Paris Agreement, and his climate plan being “the boldest of any presidential candidate in history” it is worth knowing that it does not go as far as many of the proposals in the Green New Deal.

The Green New Deal In The UK & Worldwide

In the UK, the idea of a Green New Deal has also been bandied around since 2010. A Green New Deal Group was first organised in 2010 by Green Party Leader Caroline Lucas MP.

In 2019, Lucas put forward the ‘Decarbonisation and Economic Strategy Bill‘, likening it to the Green New Deal. At the same time, the Labour Party started the ‘Labour for a Green New Deal’ movement, calling for ‘9 concrete, radical changes to our current economic, social and political model‘.

Unfortunately, not much has come of these attempts to create a UK version of the Green New Deal. The Decarbonisation Bill was read for the first time in House of Commons in July 2020, and has no planned date for its second reading or any other action at present.

(Note: Green New Deal UK is also the name of a political non-profit organisation campaigning for decarbonising the UK, creating secure jobs, transforming the economy to value the needs of people and planet, and more.)

Outside of the US and UK, the GND has also influenced policy in Australia (Australian Greens Party), Canada (Non-Partisan Coalition and Green Party), the European Union (Coalition), and South Korea (Democratic Party).

The Paris Agreement proposes that this limitation in global average temperature can be achieved in three ways:

It is up to each of the 196 countries that have signed the agreement to determine, plan, and regularly report the contribution they are undertaking to mitigate climate change.

What Are Countries Required To Do In The Paris Agreement?

While there is no mechanism that stipulates what a country should set as their target under the Paris Agreement, each country is required to set out its plans to reduce their emissions, provide financing, and build resilience towards climate change. These plans are known as Nationally Determined Contributions (or NDCs).

The Paris Agreement works on a 5- year cycle where NDCs are planned, implemented, then reviewed and strengthened at the end of each cycle.

This 5-year cycle is necessary to ensure countries stay on track. As Guardian noted in November 2020, the NDC commitment that the UK made in 2015 would now lead to 3 °C of heating, which breaks the agreement, and scientists say it would have catastrophic consequences.

What Is Each Country’s NDC?

In 2020, the Paris Agreement signatory countries were required to disclose their new NDCs. However with the coronavirus pandemic delaying the next UN Climate Summit – Cop26 – many countries delayed the submission of their updated NDC.

It’s also worth noting that under President Donald Trump, the United States formally withdrew from the Paris Agreement, but new President Joe Biden has now started on the path of rejoining.

3. What Is The European Green Deal? 🇪🇺

The deal was launched at the end of 2019, and “aims to transform the 27-country bloc from a high- to a low-carbon economy” while maintaining prosperity and improving people’s quality of life. It is framed as a “growth strategy” that will transform the EU into a modern, resource-efficient and competitive economy, where:

The European Green Deal mainly focuses on reviewing existing laws from all EU member states, considering each law’s climate merits, and also ways to introduce new legislation. This will cover areas such as:

It’s worth noting that many of the EU member states participating in the European Green New Deal also are part of the Paris Agreement.

Unfortunately, the European Green Deal has received a diminished focus since the start of the coronavirus pandemic. Some political leaders have even called for an end to the deal, or at least, a pause while the trading bloc’s economy recovers. To me, this indicates a complete misreading of the deal – the climate crisis isn’t going away, and cannot be paused…

In November 2020, the UK Prime Minister Boris Johnson announced a new “10-Point Plan For A Green Industrial Revolution”. The plan’s key goal is for the UK to reach net zero carbon emissions by 2050. This may sound familiar, as it’s the same goal that the European Green Deal has. (Some may even interpret it as a stop-gap due to the UK exiting the EU…)

The 10 points in the UK Green Plan are as follows:

Out of the plan, one area that has been accelerated is the end of the sale of petrol and diesel cars and vans in the UK, finishing in 2030, when previous plans were for 2040.

However, despite this big step, critics note that the plan also includes “speculative solutions” and “unproven technologies” that may not support the overall net zero goal.

A number of areas have been overlooked in this plan too, such as:

And of course, there’s the Government’s failure to facilitate similar plans previously, let alone create plans like this in the first place.

To put this plan into perspective, it’s worth comparing it to some of the more established green policies.

The Green New Deal specifically opposes a number of the initiatives set out in the UK Green Plan. There are a number of proposed solutions that are considered inadequate responses to building a more sustainable economy, including:

The UK’s 10-Point Green Plan also avoids any mention of closing down the fossil fuel industry. Instead, it hints at consumer products that can help reduce our reliance on fossil fuels, such as greener transport or boilers. It also heavily relies on hydrogen to replace fossil fuels rather than truly renewable energy.

When compared to the EU Green Deal, the UK Green Plan seems to be nothing more than an attempt to continue the same goal it set when part of the EU. I.e., to contribute net zero emissions by 2050 (although now without the pressure of keeping all EU member states happy).

And when framed by the Paris Agreement, it seems the UK is lumping all its environmental focus into one pot: reducing greenhouse gas emissions, as per its 2015 commitment. Let’s see what the UK’s new NDC will be…

Are These Green Policies Enough?

It’s interesting to compare these green policies and notice how their approaches differ. From a basic point of view, the Green New Deal combines economic growth with drastic adaptation, while the Paris Agreement focuses on emissions reduction and building resilience, and the EU Green Deal zones in on growth and resource efficiency.

For the UK Green Plan, I’m sceptical, at best. Actions speak louder than words too, so the recent approval of a new coal mine, and use of bee-harming pesticides, really shows a lacking response to the climate emergency from the current UK Government.

Looking over all of these green policies side-by-side, I do wonder why the plans are so heavily focused on growth. Is it to bring people on-side, or is it really a goal? Growth in any sense feels counter-productive when we’re far off from bringing production levels in line with planetary boundaries, or simply pushing back Earth Overshoot Day.

I wish there was more focus on changing our linear economy to a circular one, or returning to sustainable systems like regenerative agriculture. Maybe that’s because these are anti-growth initiatives, but finding value in existing items and processes seems to be a logical step in reducing our reliance on virgin resources, carbon emissions, and the earth more generally.

On a final note, the majority of these plans feel like they’re fire-fighting climate change, rather than designing for a more sustainable future. The Green New Deal seems to be the only real attempt to combine both future-thinking and speed, requiring an immediate end to the fossil fuel industry, and huge shifts to make way for better, cleaner alternatives in energy, construction, transport and more.

What Can We Do To Support Green Policies?

Politics can feel a little out of our reach at the best of times, and unless you’re a budding AOC, Bernie Sanders, or even Caroline Lucas, green politics can feel even further afield.

However, our political representatives are in the positions they are because of us. They are voted in by us. They are meant to represent us. So how can we support green policies? Here’s a few ways:

Sadly, politics is very slow, and despite the steps outlined in these policies, there’s much to be done, and fast. 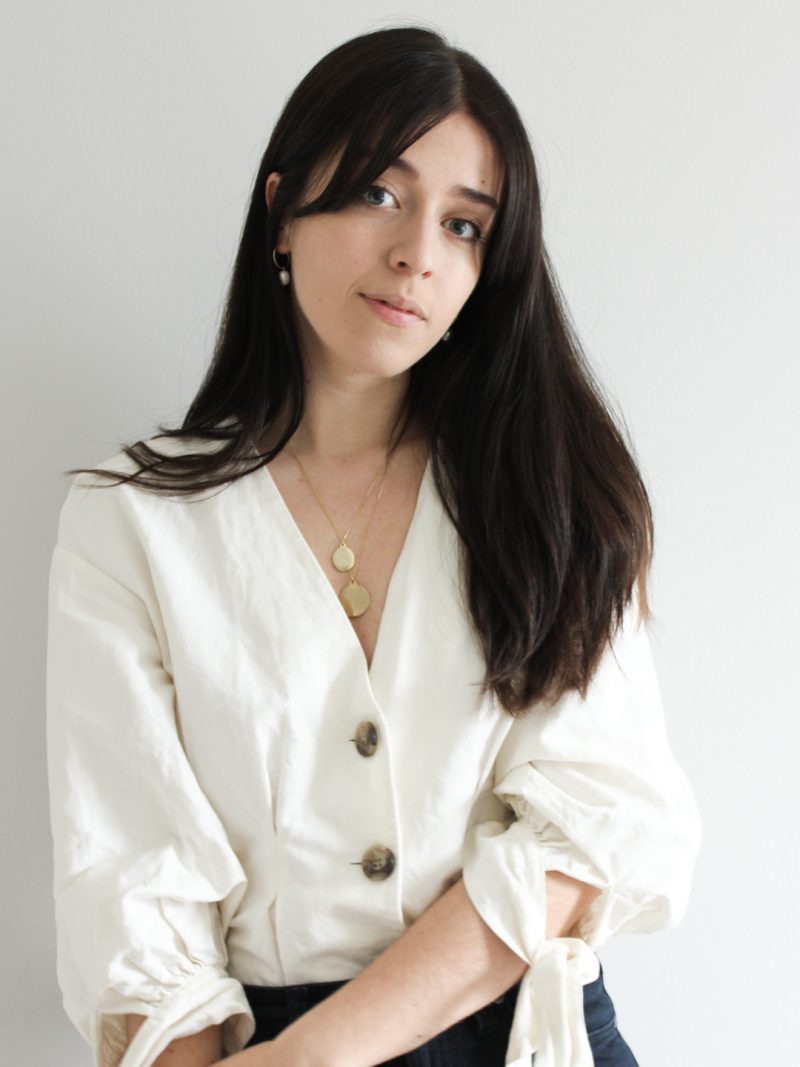 END_OF_DOCUMENT_TOKEN_TO_BE_REPLACED

Sign up to receive my newsletter, out every first Sunday of the month. END_OF_DOCUMENT_TOKEN_TO_BE_REPLACED