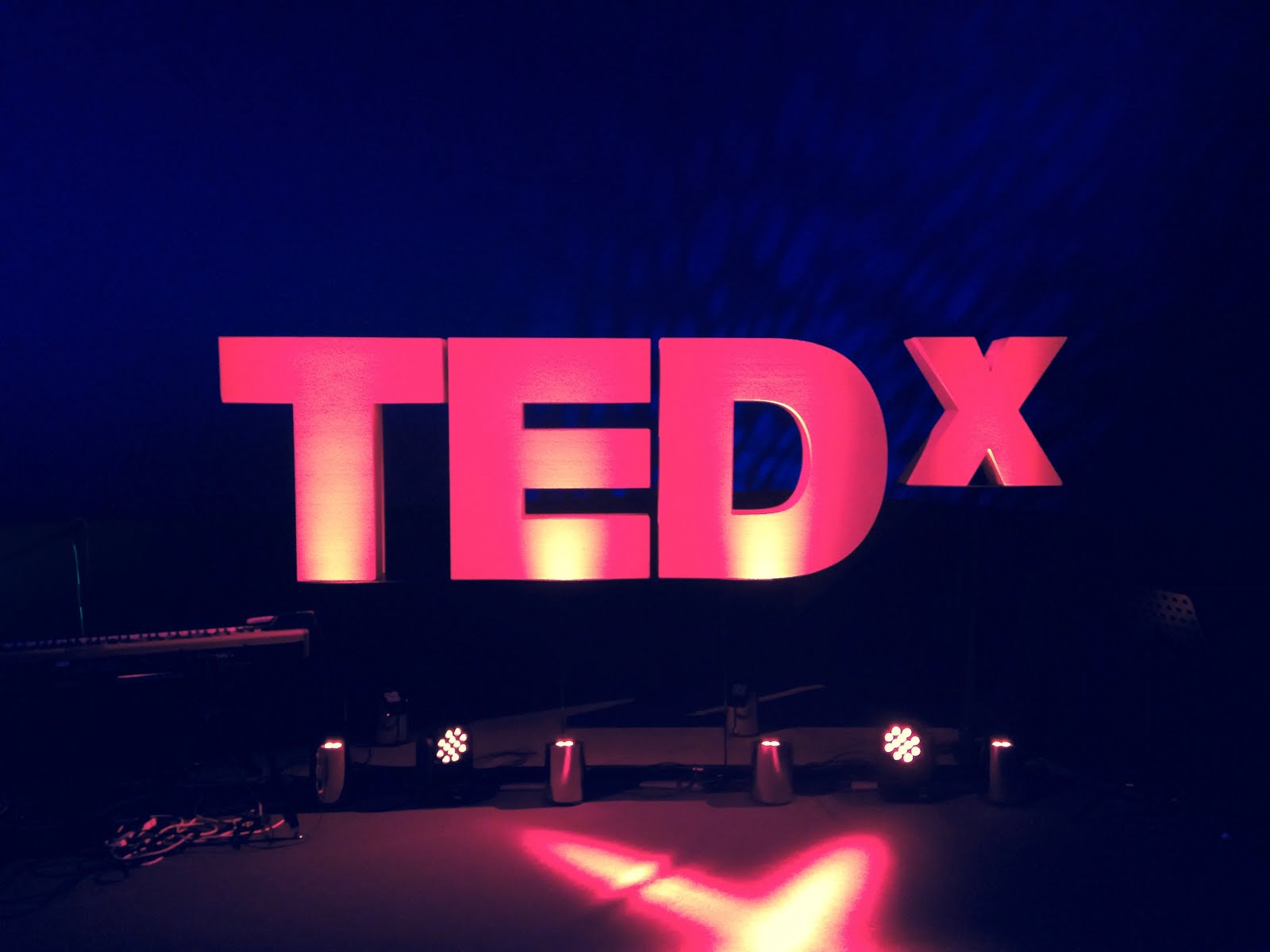 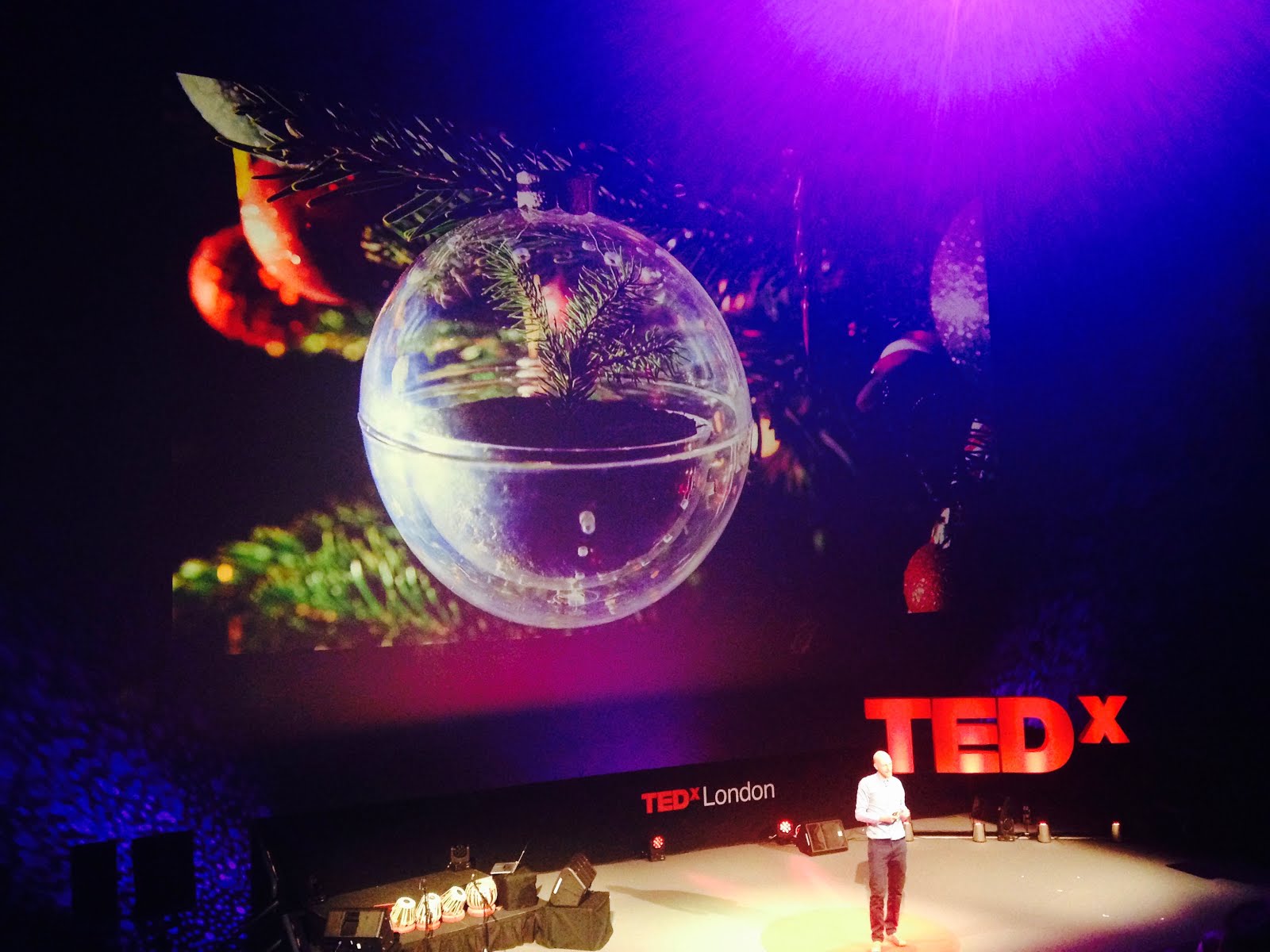 Last Friday, I visited TEDxLondon at the Science Museum with my workplace (which is the best place I’ve ever worked). It was a day packed full of knowledge, all based around the theme of ingenuity, and my god I loved it!

We started the day by heading to the museum and gorging on their café goodies, and then heading into the IMAX theatre there to await the cerebral goodness about to come our way.

In-keeping with the usual mindful and sustainable chatter on Curiously Conscious, my favourite presentations included a lecture on the way mankind is having to adapt to climate change from Gaia Vince (although I do wonder if it’s not too late to slow these changes? I think it’s time I picked up Naomi Klein’s book again…), understanding what ‘Where are you from?‘ really means in poem form by Francesca Beard and the art of shin dogus (the oxymoron of useless tools in Japanese) and why we all need to invent by Science Museum’s Inventor in Residence Mark Champkins.

I was really inspired by Mark Champkin’s inventions while there, as a lot of them take into consideration ecological problems posed by generic activities we all take part in. Ideas included biodegradable baubles encasing fir tree seedlings to go on your Christmas tree to replace the one you had cut down (I similarly puzzled over the ethics of Christmas trees last year), as well as seeded cards, which deliver the gift of trees/flowers/herbs through seeds infused to a card. You can quite literally have your card and eat it…

Since then, I’ve found on his website that he also took part in a project with the Science Museum in 2014 to reclaim rubbish, making desirable items from the things staff and visitors threw out over the course of a month. His reclaimed rubbish lamp was both functional and stylish, and the entire process makes me want to follow in the footsteps of zero-waster Lauren Singer and begin analysing what I throw out over the course of a month in order to learn how to cut down.

Francesca Beard’s poetry really struck a chord with me, as I’ve regularly been asked where my name comes from, and by extension, where I’m from. This was an even more common occurrence when I was living in France, as my name is clearly not English. However, over time I’ve learnt that my origin isn’t simply dictated by my ethnicity, or my parents’ backgrounds, but by the experiences that have moulded me, the places I’ve lived, and the people whose company I’ve shared. Even now, I refer to Paris as my adopted hometown, and my fingers are crossed that barriers won’t be raised between my two cities based upon the results of Thursday’s referendum. Please, do some research before you vote.

Other highlights of Friday’s TEDx talks were Stephen Hawking’s speech on reaching Alpha Centauri, defying convention in the realm of social media by Steve Bartlett, cutting edge research into curing Alzheimer’s from genius 15-year old Krtin Nithiyanandam (and his well-deserved standing ovation), tabla drum music from Talvin Singh, and that one moment where I could almost touch Lauren Laverne‘s hair. Not that I would have of course, I’m no stalker and she’s far too cool for me to dare…

Overall, it was an amazing day, and one that has got my creative juices flowing. It’s amazing what we as a species have and can achieve, and the same skill can be applied by all of us, in whatever way we want, if we put our minds to it.

END_OF_DOCUMENT_TOKEN_TO_BE_REPLACED

Sign up to receive my newsletter, out every first Sunday of the month. END_OF_DOCUMENT_TOKEN_TO_BE_REPLACED