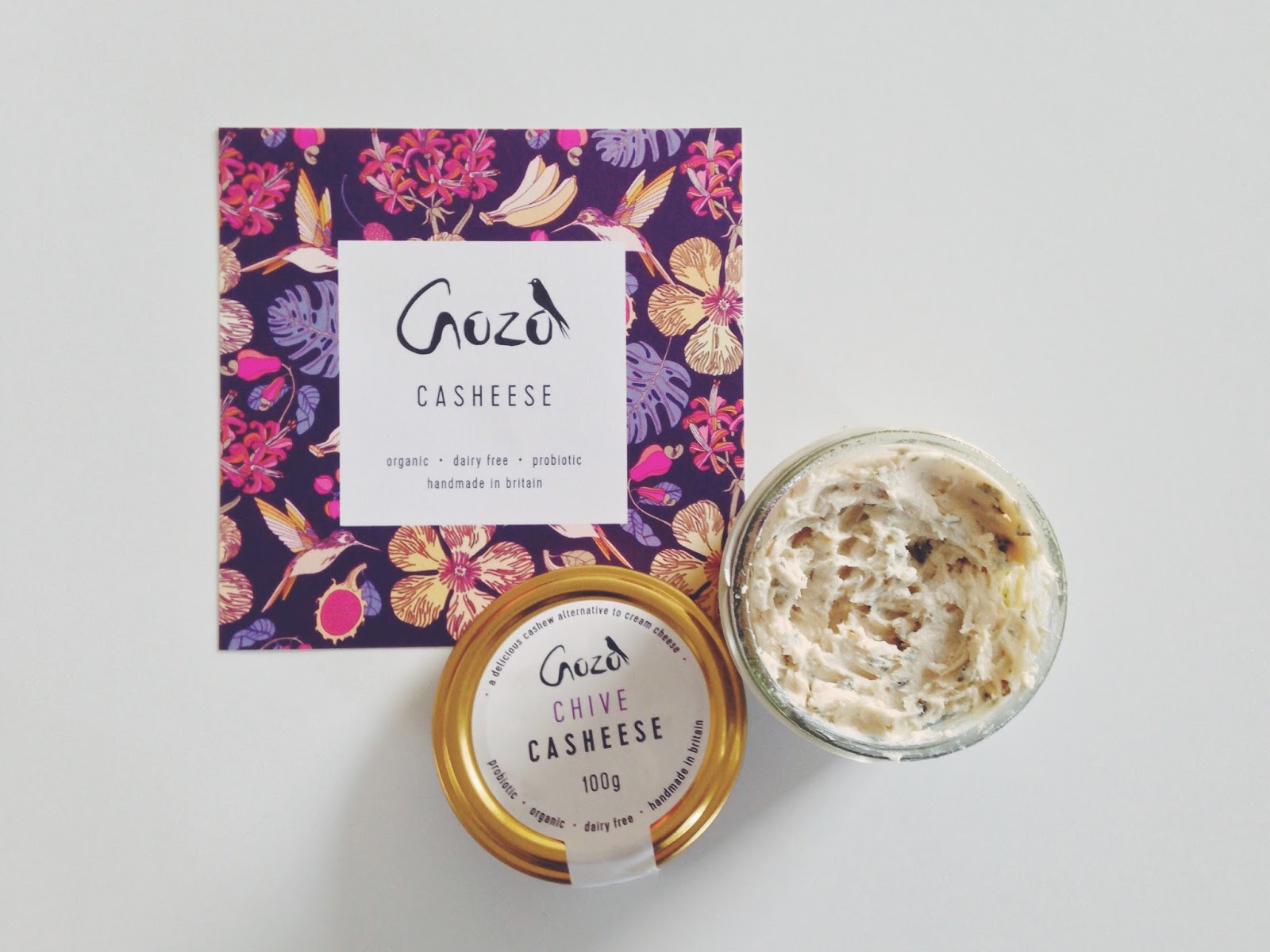 A New Year brings a new diet – and when I say that I mean ‘all the food I eat in the day’, not ‘a strict discipline to lose weight’! I’ve decided to give up cheese for a while, and cashew cheese is definitely making it a lot easier!

I’m going to be honest, the only reason I love cheese is for its umami and salty taste. It’s the same as crisps, but so much more accessible – grated cheese on veggie bolognese, parmesan on your pizza, feta in a salad – it adds that yummy zing that cuts through the bulk and the vegetables.

And that’s where cashew cheese comes in – there is no sacrifice needed, it’s completely vegan, and the probiotic nature of it means it’s umami, salty taste remains, with benefits for your gut! 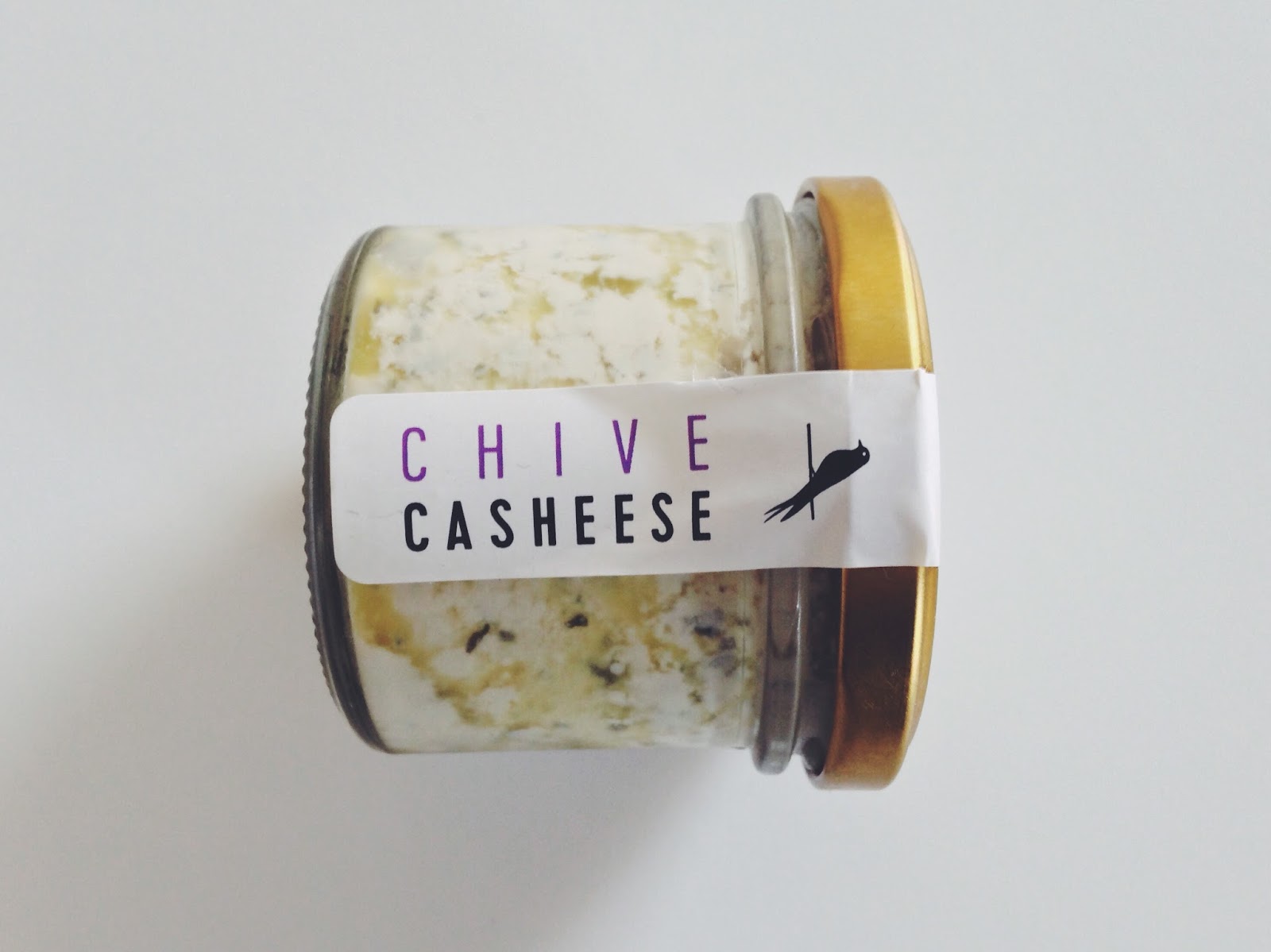 This January I’ve been loving the new chive flavour casheese* from Gozo Deli. Not only does it have less fat and salt than regular cheese, it’s creamy, doesn’t harm animals, and did I mention it’s organic?

I’ve taken to adding little dollops on a black olive, tomato, cucumber and spinach salad, along with whipping it up with courgette noodles. It works just like cream cheese, but I actually think it has a little more of a kick, and the chives give it a more flagrant flavour too.

As for Gozo in particular, I love that since my first try, they’ve switched to glass jars that are not only cute enough to house bobby pins and spare buttons, but can be recycled and aren’t as bad to the environment has their plastic predecessors. Nice one guys!

END_OF_DOCUMENT_TOKEN_TO_BE_REPLACED

Sign up to receive my newsletter, out every first Sunday of the month. END_OF_DOCUMENT_TOKEN_TO_BE_REPLACED