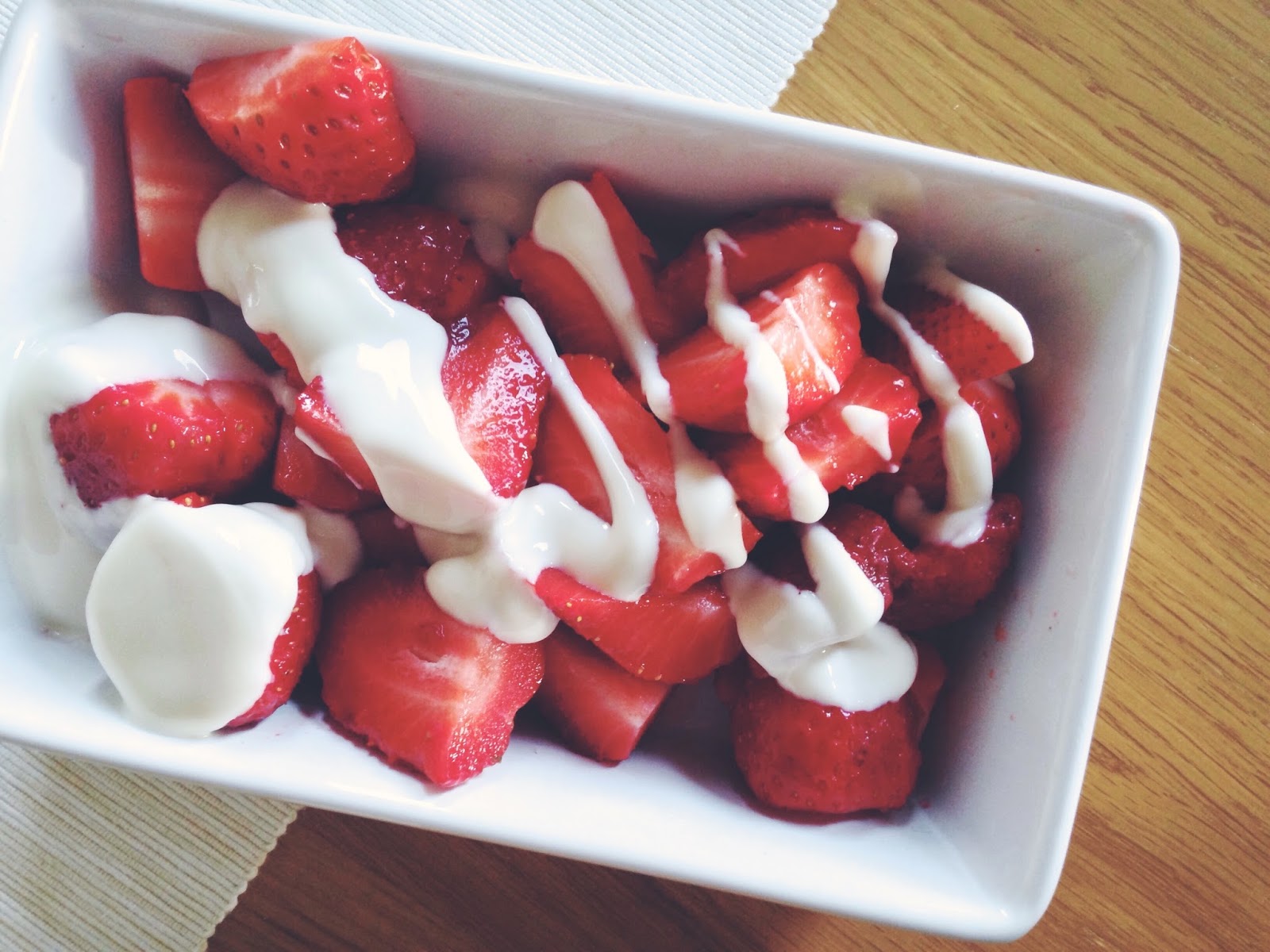 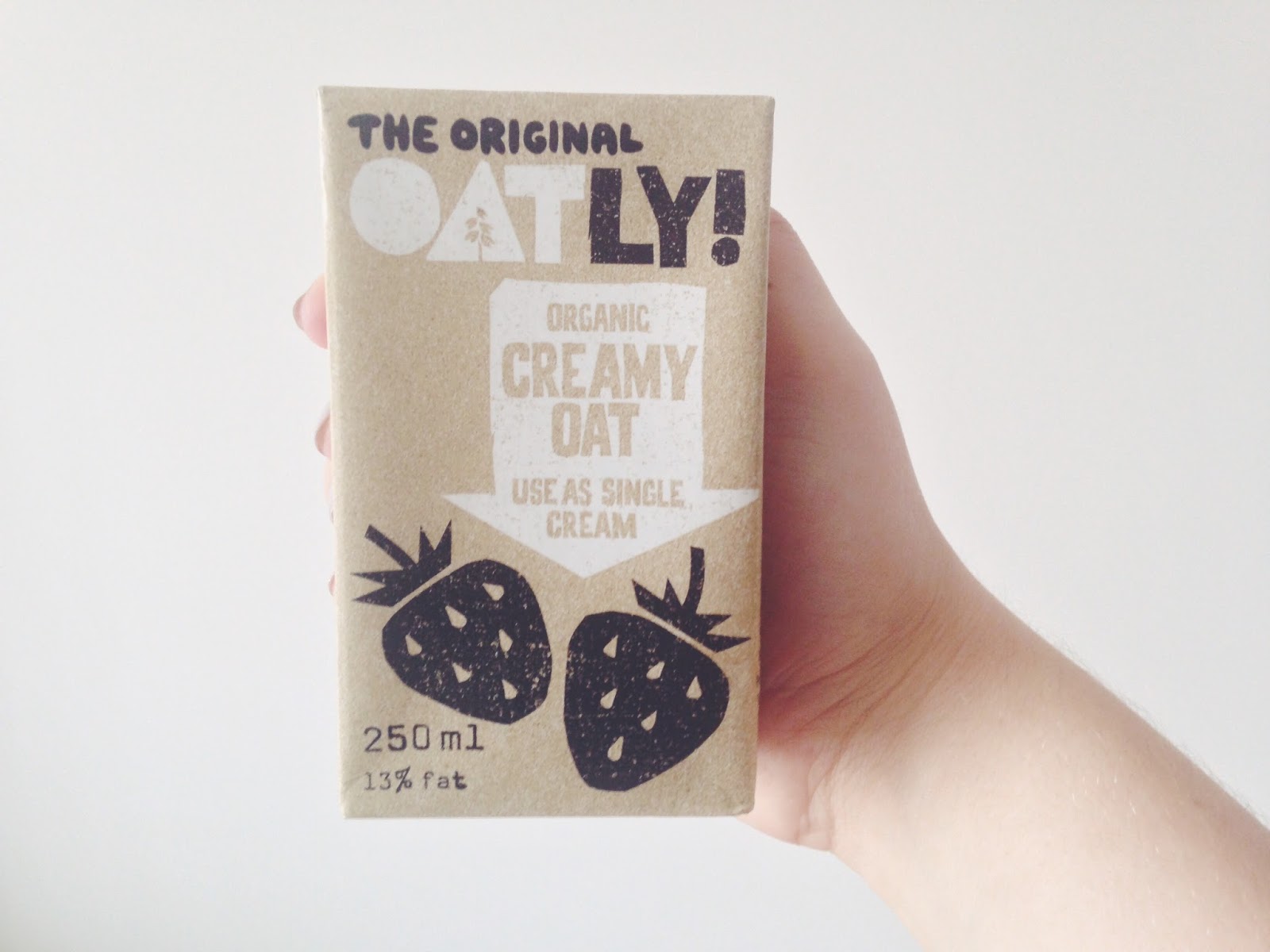 Along with the summer being here, so is Wimbledon – a.k.a. strawberries and cream time! As noted by a few fellow bloggers, the sunny weather does make eating vegan a lot more difficult – ice cream offers and BBQs being our most awkward moments. Well, even though I’m eating predominantly plant-based, and always vegetarian, this organic vegan-friendly single cream* by Oatly had to have its own mention on Curiously Conscious as I found it a really great alternative, with widespread availability in supermarkets too.

Obviously, whipping up a pot of strawberries and cream doesn’t take a recipe, but by using Oatly’s oat cream, you can ensure it’s organic (so long as the strawberries are too!), as well as low fat. The “creamy oat” cream is in fact a little thicker than single cream, and has a very mild taste that does not detract from the main flavours of whatever dish you put it with.

I do have to mention the two downsides to this cream alternative – it uses a small amount of palm oil, which makes it a little hard to determine if sustainable (Oatly notes that they only use organic palm oil, as well as it being “documented as sustainable” – but make up your own mind), and this oil means there is a teeny proportion of saturated fat is present in the cream.

That being said – there’s no animals directly harmed in the making of this cream, and nor is your diet choice when chilling out with friends watching the tennis!

END_OF_DOCUMENT_TOKEN_TO_BE_REPLACED

Sign up to receive my newsletter, out every first Sunday of the month. END_OF_DOCUMENT_TOKEN_TO_BE_REPLACED