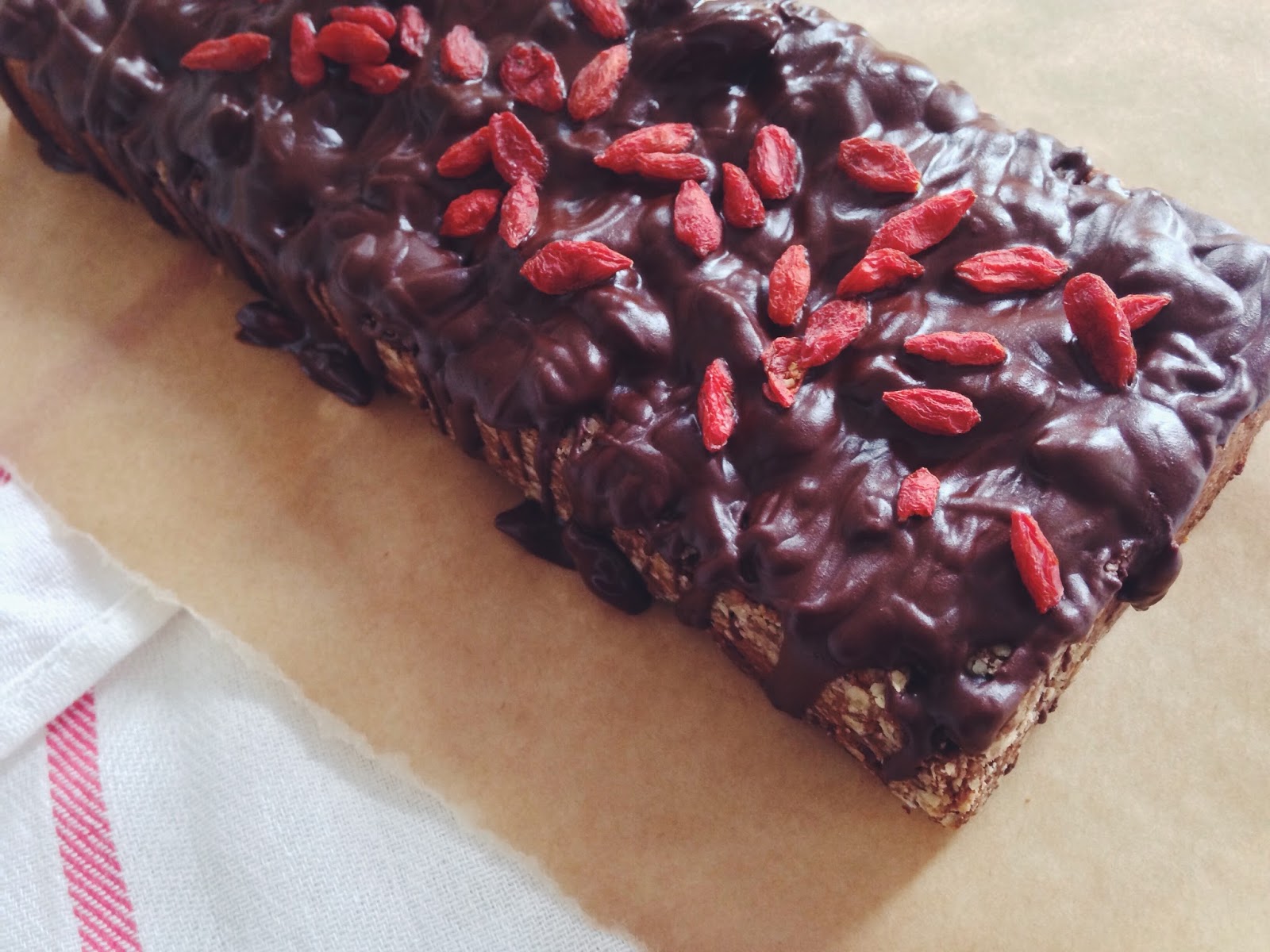 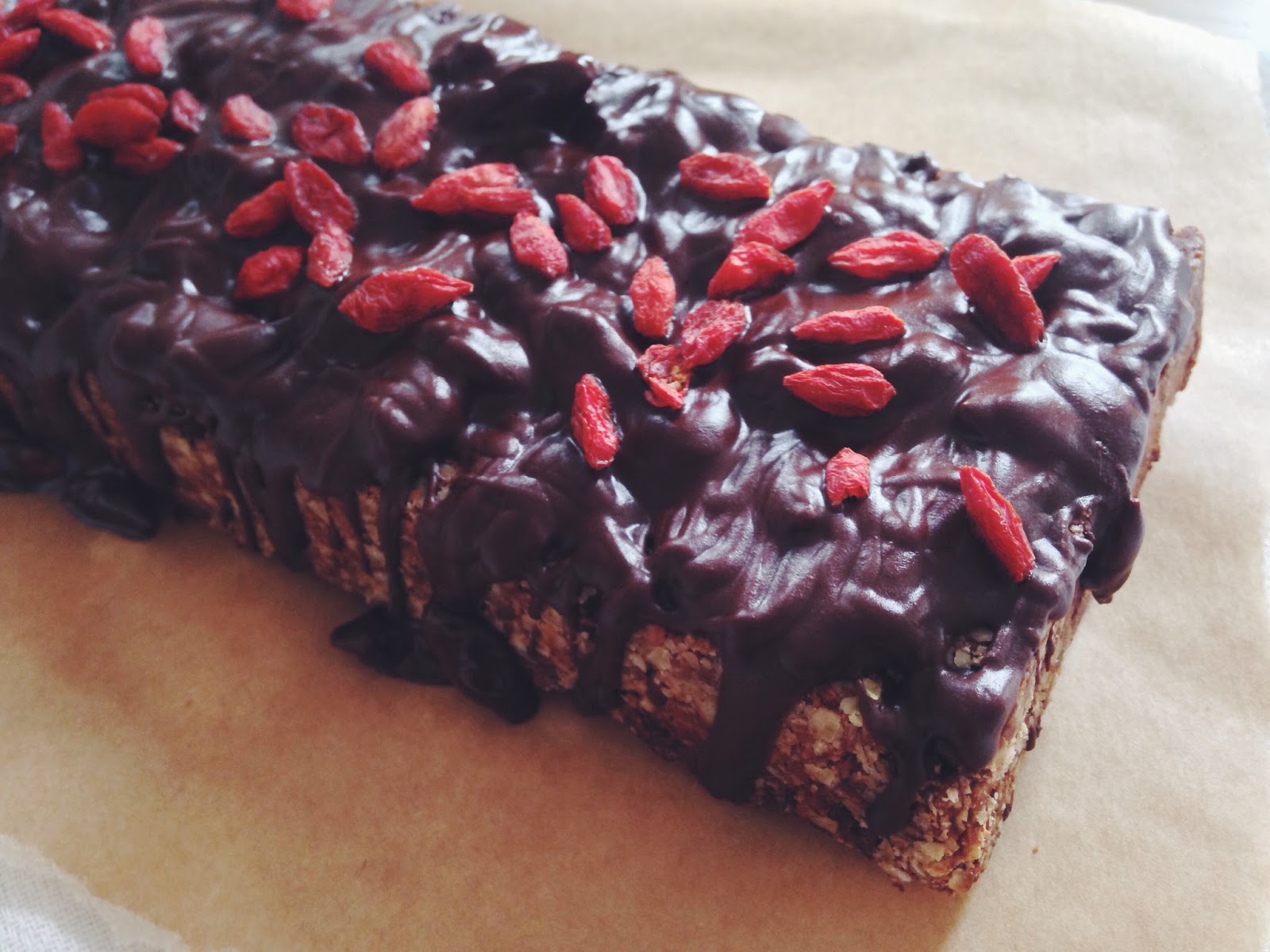 It’s been a hectic couple of weeks, but my exams are finally over! As a final year student, I’ve now entered that limbo period between receiving my results and graduating, so I’ve taken some time out to relax, enjoy not having to cram my brain full of French and formulae, and now return to blogging.

I wanted to start off this new era of my life with something pretty special – this plant-based chocolate flapjack, to be exact. Thanks to Rawr Chocolate, I’ve had a substantial amount of raw goji chocolate chunks* sat in my cupboard begging to be snacked on during my revision season, so I decided to finally unleash it in a whirlwind of healthy ingredients that churned out this deliciously rich treat. If you haven’t tried Rawr, I’d definitely recommend it – I’ve been a convert to their chiefly plant-based, organic chocolate bars for quite a while now. It’s nice to see a company with a conscience for both their producers and their customers – regular chocolate was so bad for my skin, so their raw chocolate has been a heaven-sent alternative.

You also might question how such a large, stodgy-looking flapjack could be in any way healthy, but I suppose that’s the art of plant-based cooking. This cake, tasting just as great as the syrup-filled apple flapjacks my mum always used to make for me and my family, hits a nice balance between treat and mindful eating, meaning you’ll feel guilt-free and still satisfied upon eating it.

As a side note, I’ve found this cake will last around one week if kept covered at room temperature. When cooking with all plant-based ingredients, it’s best not to attempt to keep things for too long!
55.378051-3.435973

END_OF_DOCUMENT_TOKEN_TO_BE_REPLACED

Sign up to receive my newsletter, out every first Sunday of the month. END_OF_DOCUMENT_TOKEN_TO_BE_REPLACED