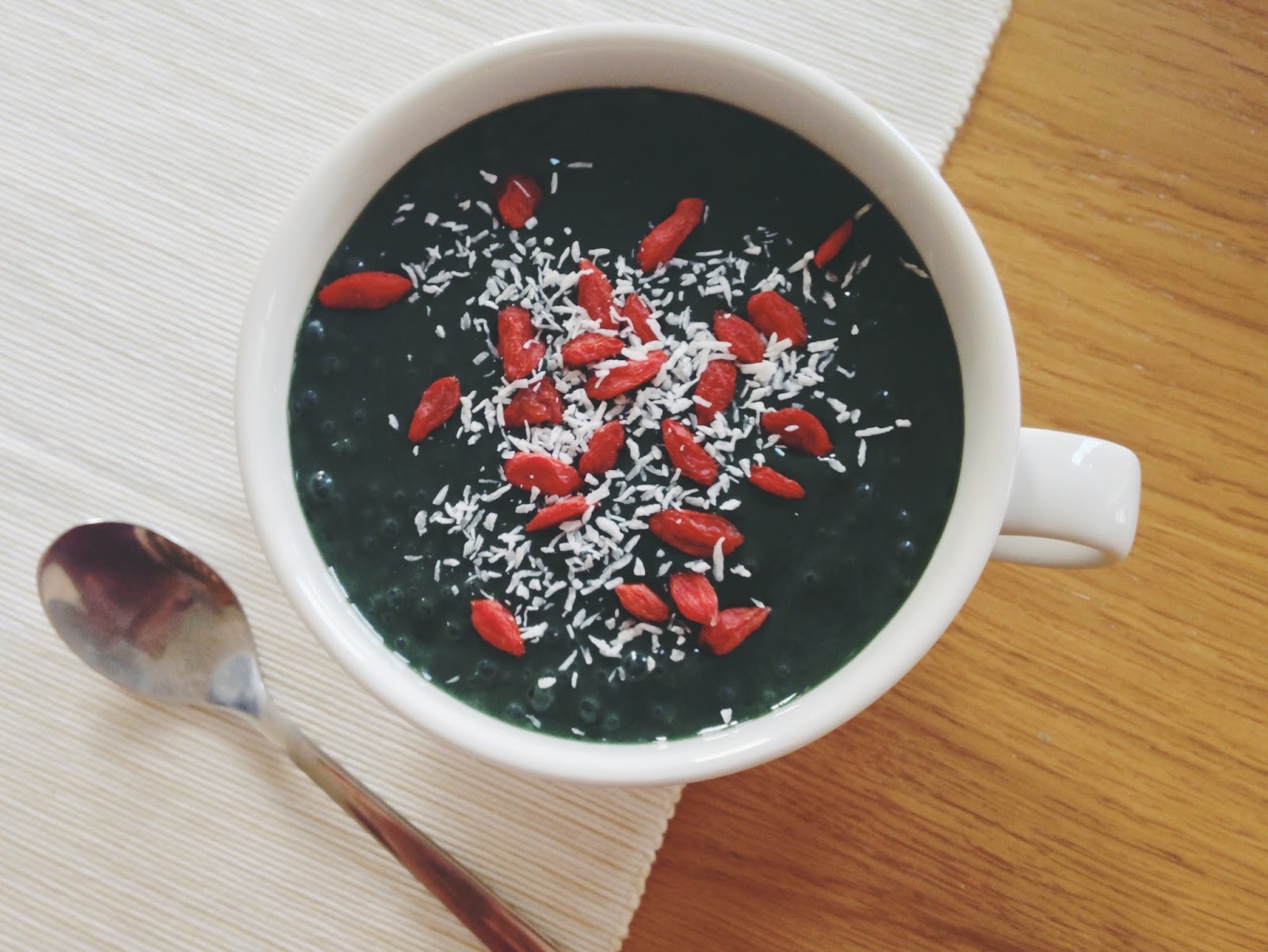 You may have seen on my Twitter that on Monday I decided to go for my first morning run – and while I really didn’t enjoy finding out how weak I am in the jogging department, the release of endorphins afterwards gave me such a rush that I’m dedicating three mornings per week to go out to my local park and beat my previous record. Keeping up the fitness in the run-up (pun intended!) to my exams is helping me stay in a stable place.

To go alongside my run, I’ve come up with my new favourite breakfast – this wholly plant-based spirulina smoothie bowl! Most mornings I have a smoothie, but to make it into a thick yoghurt-like consistency makes it feel even more filling. I’ve been using spirulina for a while now to keep up my vitamin B12 intake (a nutrient hard to find in most other veggies – thankfully this algae is a blessing to the vegetarians and vegans of the world!). On top of that, I’ve been adding wheatgrass powder, a great all-rounder for vitamins and minerals. Normally for my previous smoothie bowls, I’ve used a pre-sliced frozen banana, but with this I simply reduced the quantity of almond milk and included frozen spinach and mixed berries that were in my freezer – you can mix it up to suit the ingredients you have in your kitchen. Here’s the exact recipe I used, just in case though!

END_OF_DOCUMENT_TOKEN_TO_BE_REPLACED

Sign up to receive my newsletter, out every first Sunday of the month. END_OF_DOCUMENT_TOKEN_TO_BE_REPLACED