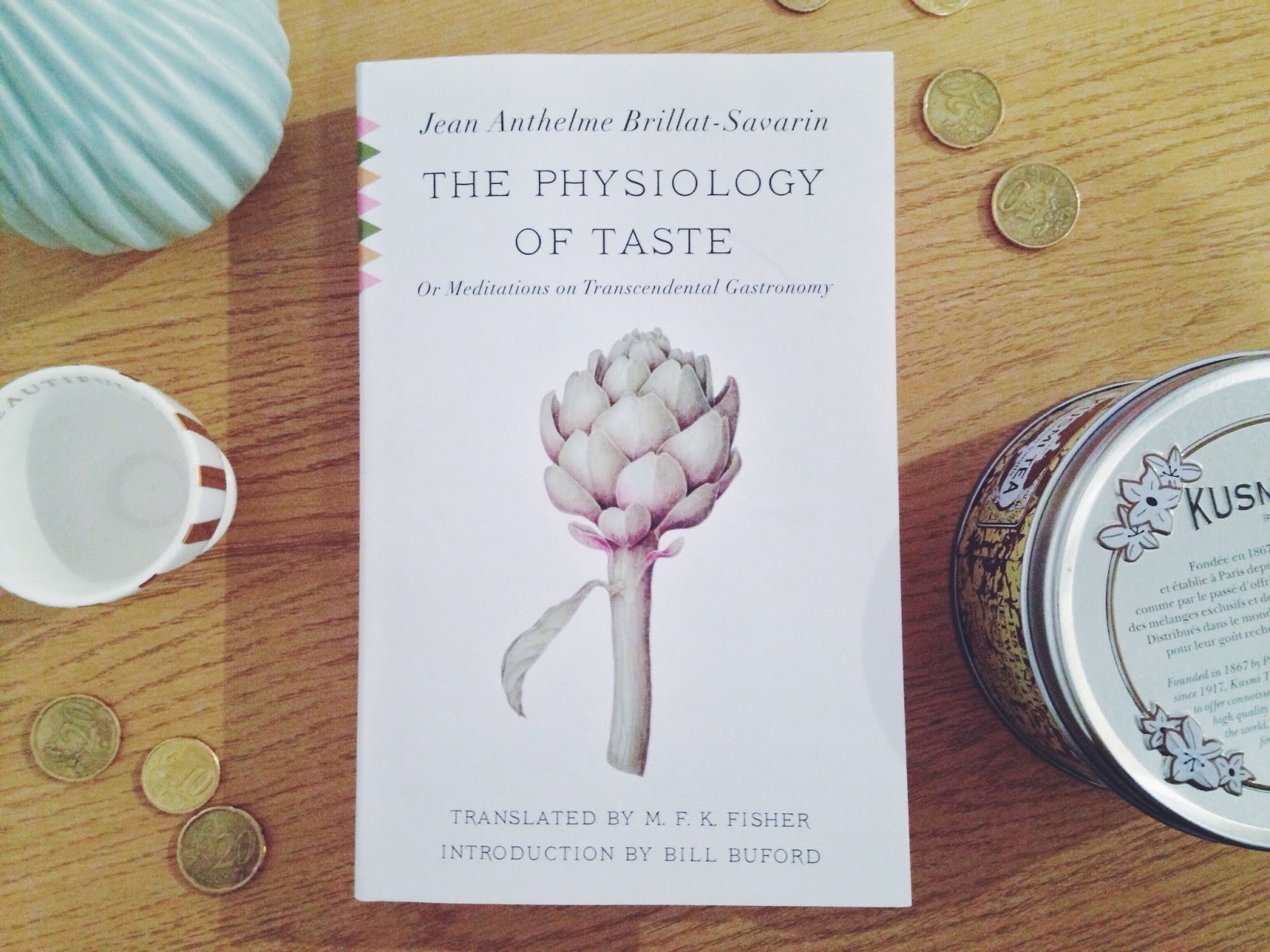 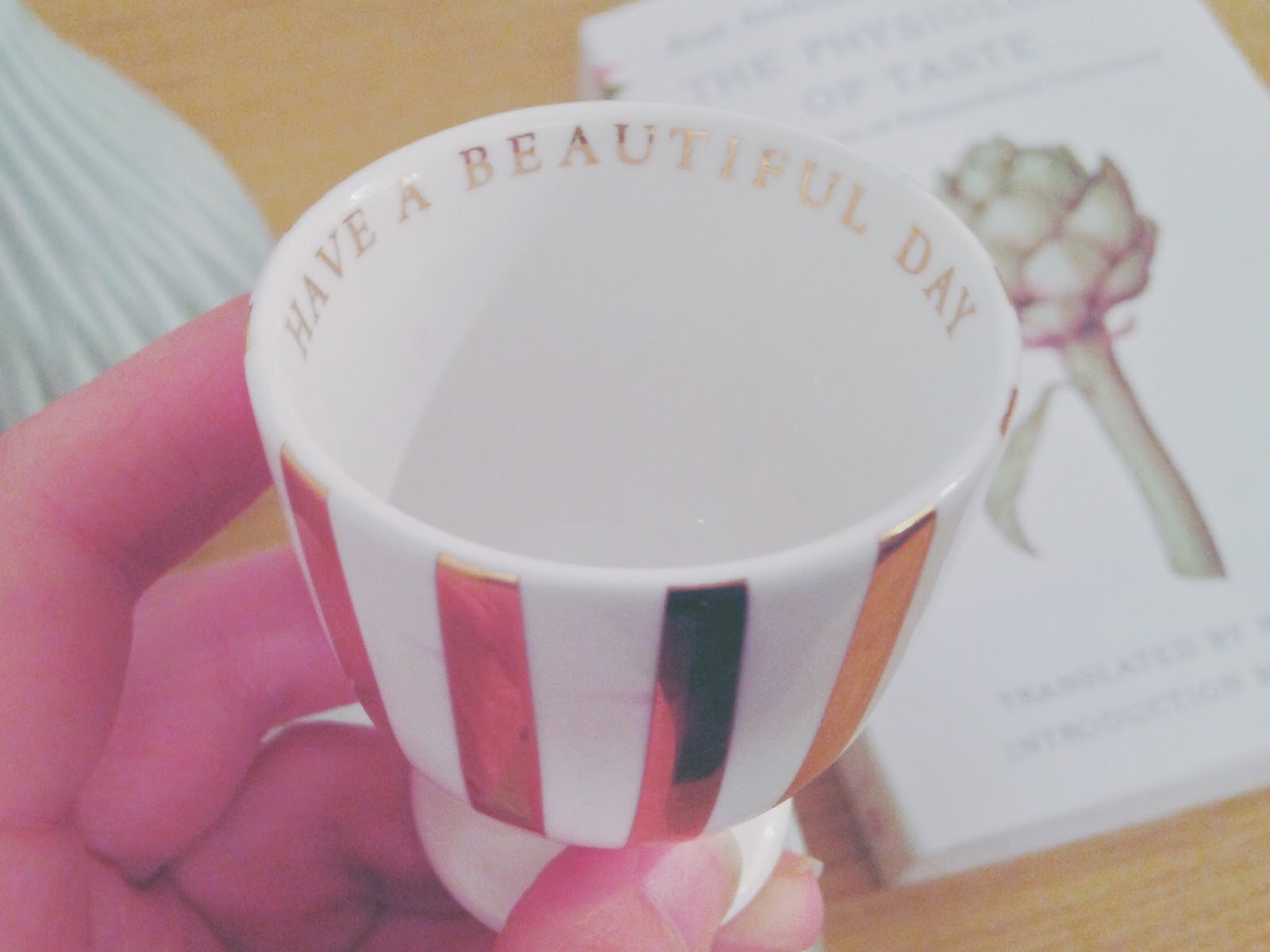 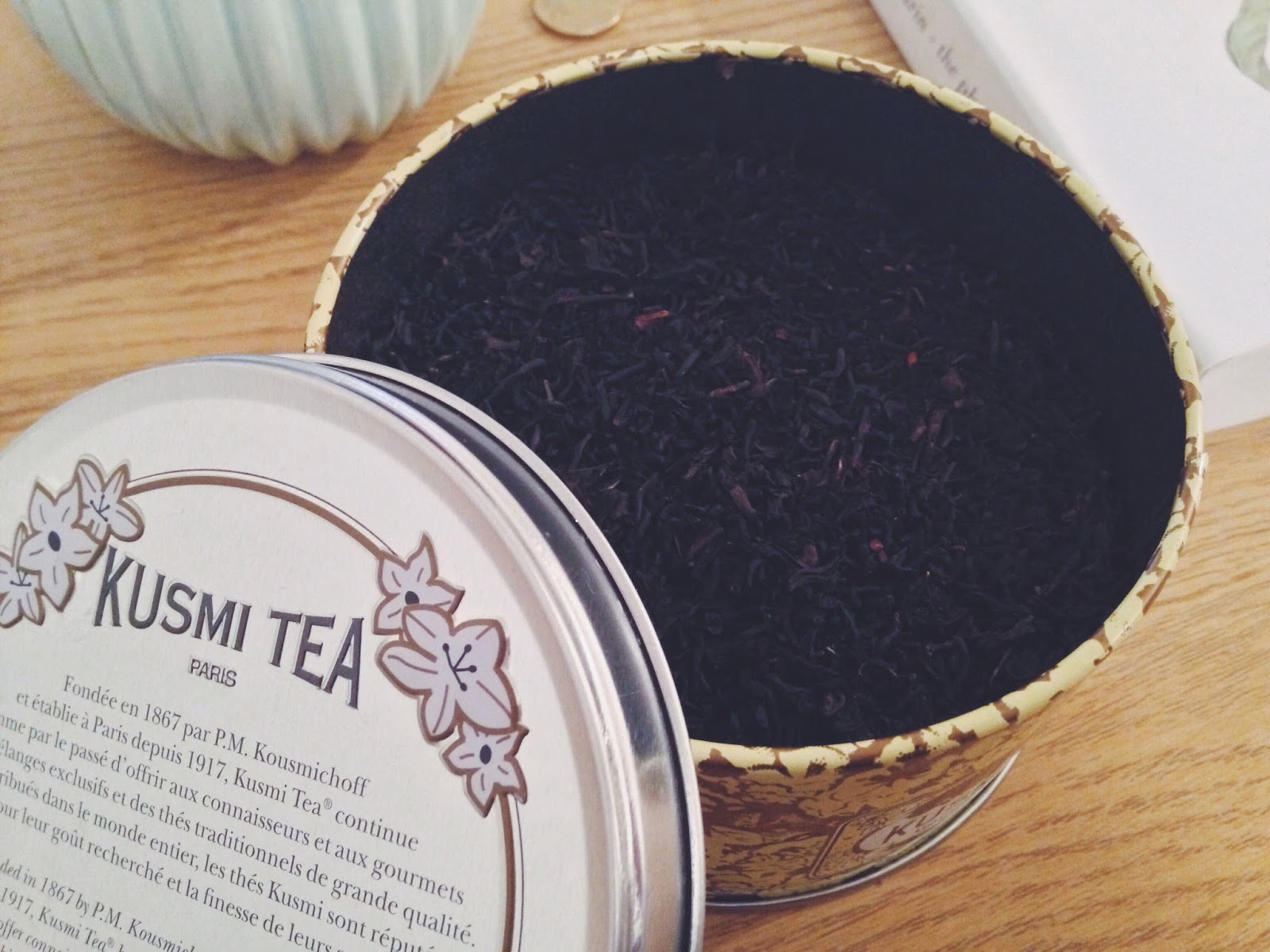 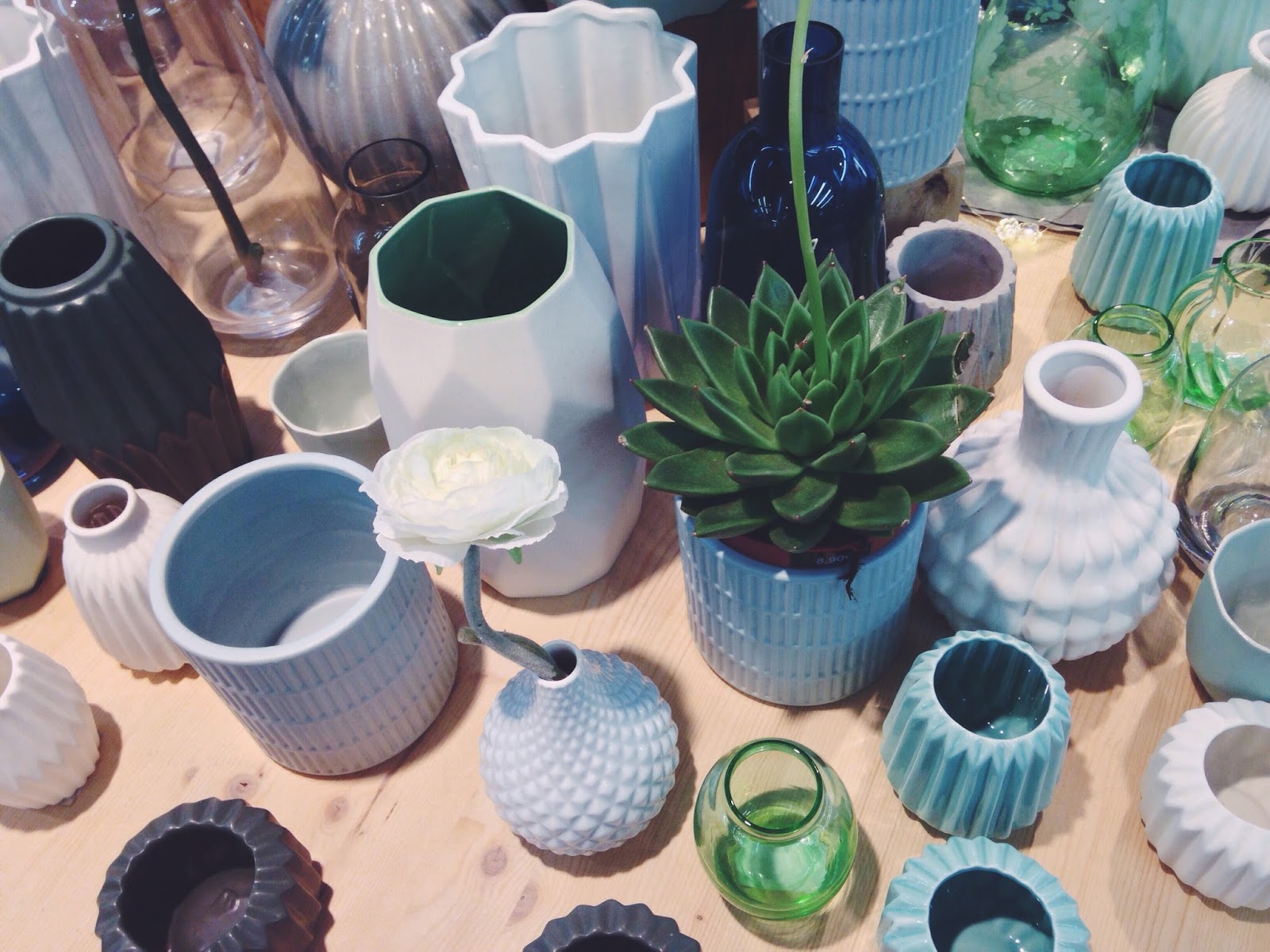 Tonight’s post is the last of the Paris series… Check out the rest if you’re visiting the city any time soon!

As mentioned in yesterday’s post on Shakespeare & Co, the centrepiece of my Paris souvenirs is the book The Physiology of Taste (Or Meditations on Transcendental Gastronomy) by Jean Anthelme Brillat-Savarin. I was caught by the long but mysterious title which combined two of my main principles for life – eating well, and being mindful towards everything, including food. So far, I’ve read one chapter and while its uppity tone does make me giggle at times, I do enjoy the way Brillat-Savarin has taken the time to preserve the way he saw and enjoyed French cuisine. It’s like he’s pickled a moment in time and left it to rest in a cellar somewhere, and now I’m reading through his words as an almost second point of view on Julia Childs’ take on French cooking.

My other souvenirs go quite nicely with the book. I bought a tin of Bourbon Vanilla flavoured Kusmi Tea from one of their specialist stores – they’re quite the rage at the moment, although I haven’t yet seen them cross the Channel into Britain. The tea is great in the mornings without needing to sweeten it up, which is a nice way to reduce my sugar intake further, however I now have a few different types of teapots saved on my wish-list!

Along with the tea, I picked up a gorgeous white and gold (no, not black and blue) egg-cup that wishes me a great day every time I use it, and a blue ornamental ceramic vase that I picked from a vast array at possibly the prettiest shop full of useless items (fourth photo) called Fleux’. As a conscious living blog, I’m aiming to actually cut down on useless items, hence why I chose two that would be made use of (just the week before I had burnt my fingers trying to eat a soft-boiled egg with no egg-cup), so these two just made the cut.

The one thing I wanted to highlight along with my Paris series is that Paris has a lot more to offer than the Eiffel Tower and the Louvre, with a great healthy living culture and the possibility to find unique things to do and to take away with you. In part, the city’s culture inspired the creation of Curiously Conscious so I’m really hoping this week-long guide has done some justice in inspiring you to visit the city yourself!

END_OF_DOCUMENT_TOKEN_TO_BE_REPLACED

Sign up to receive my newsletter, out every first Sunday of the month. END_OF_DOCUMENT_TOKEN_TO_BE_REPLACED