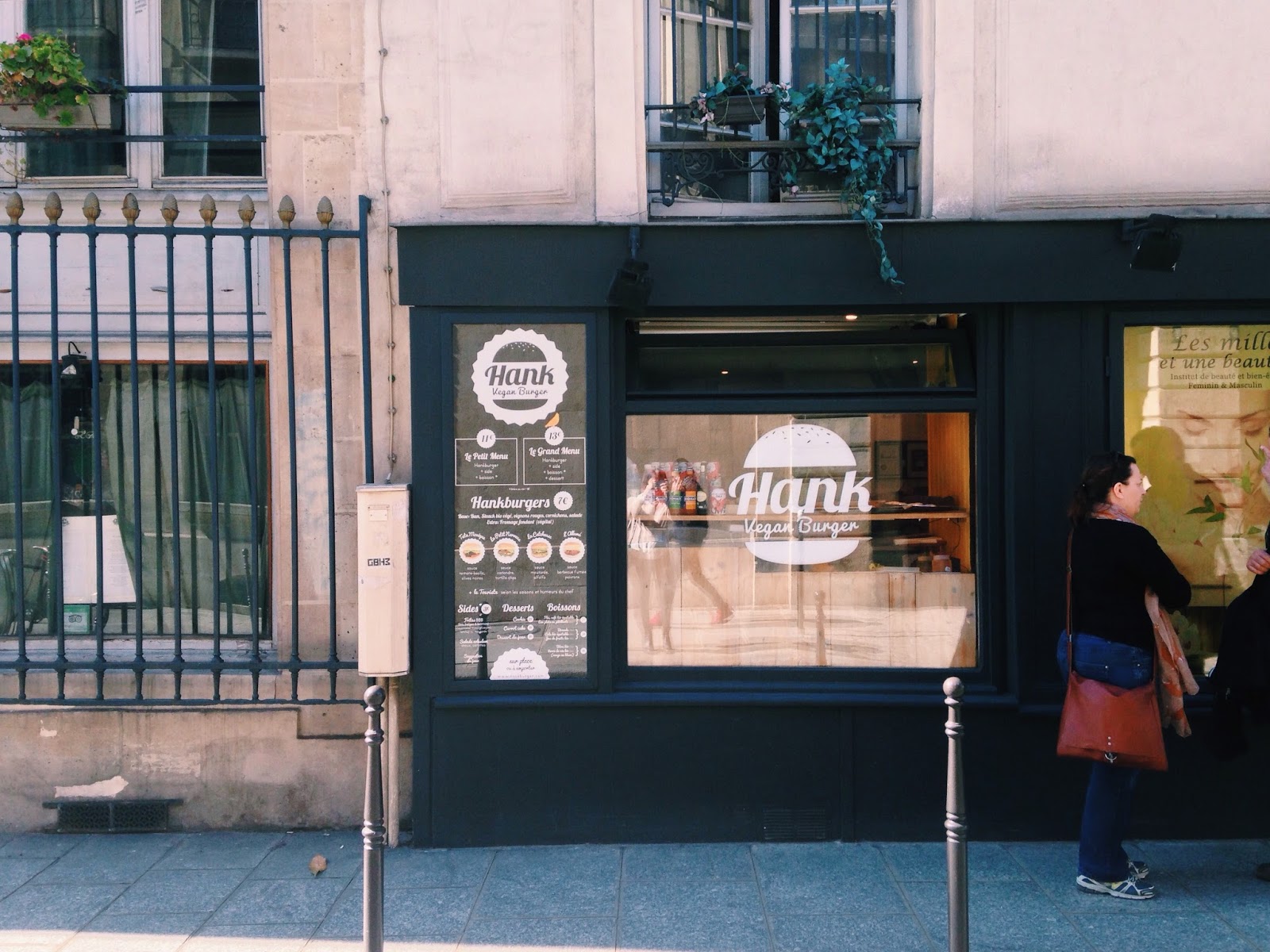 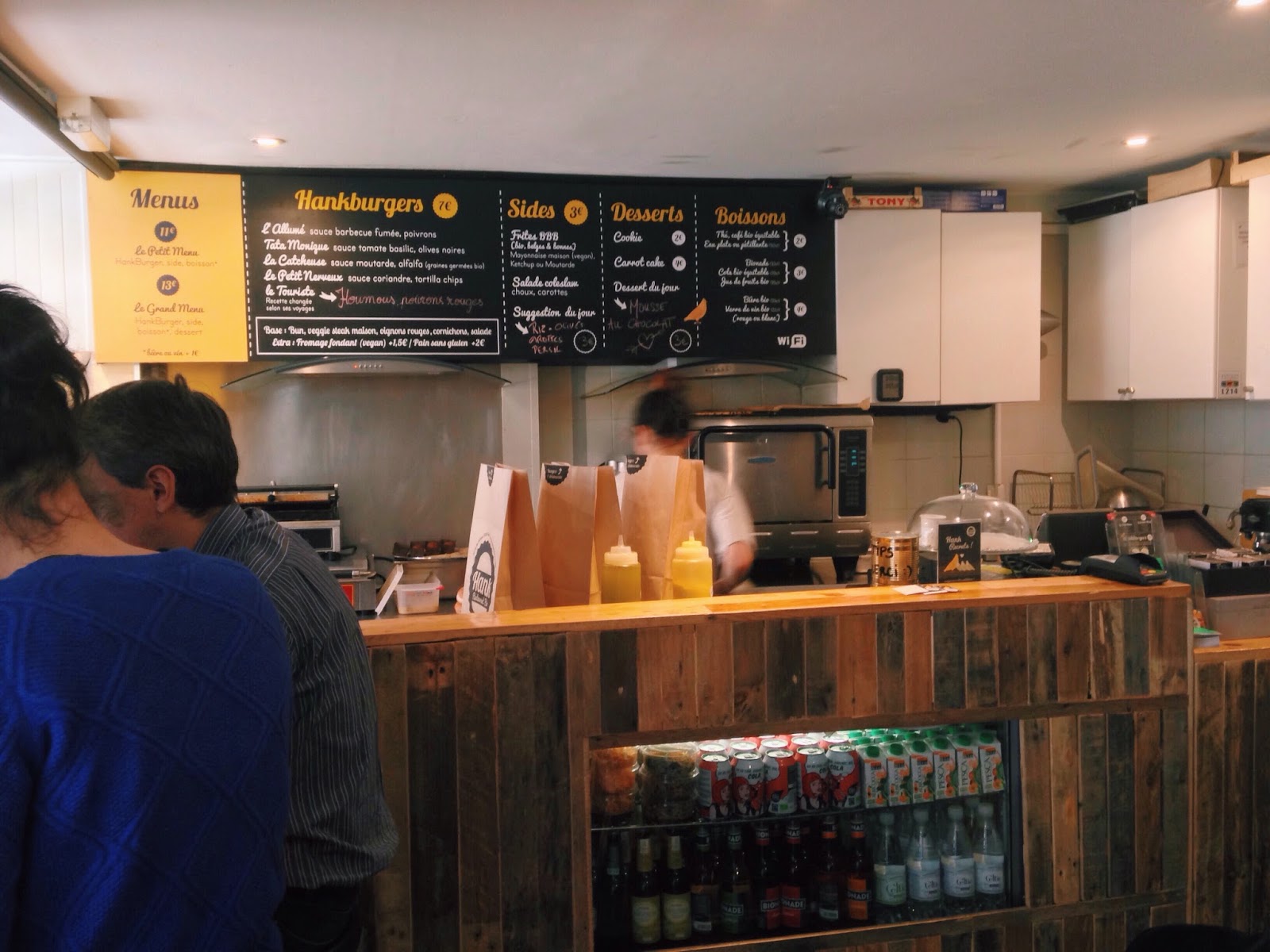 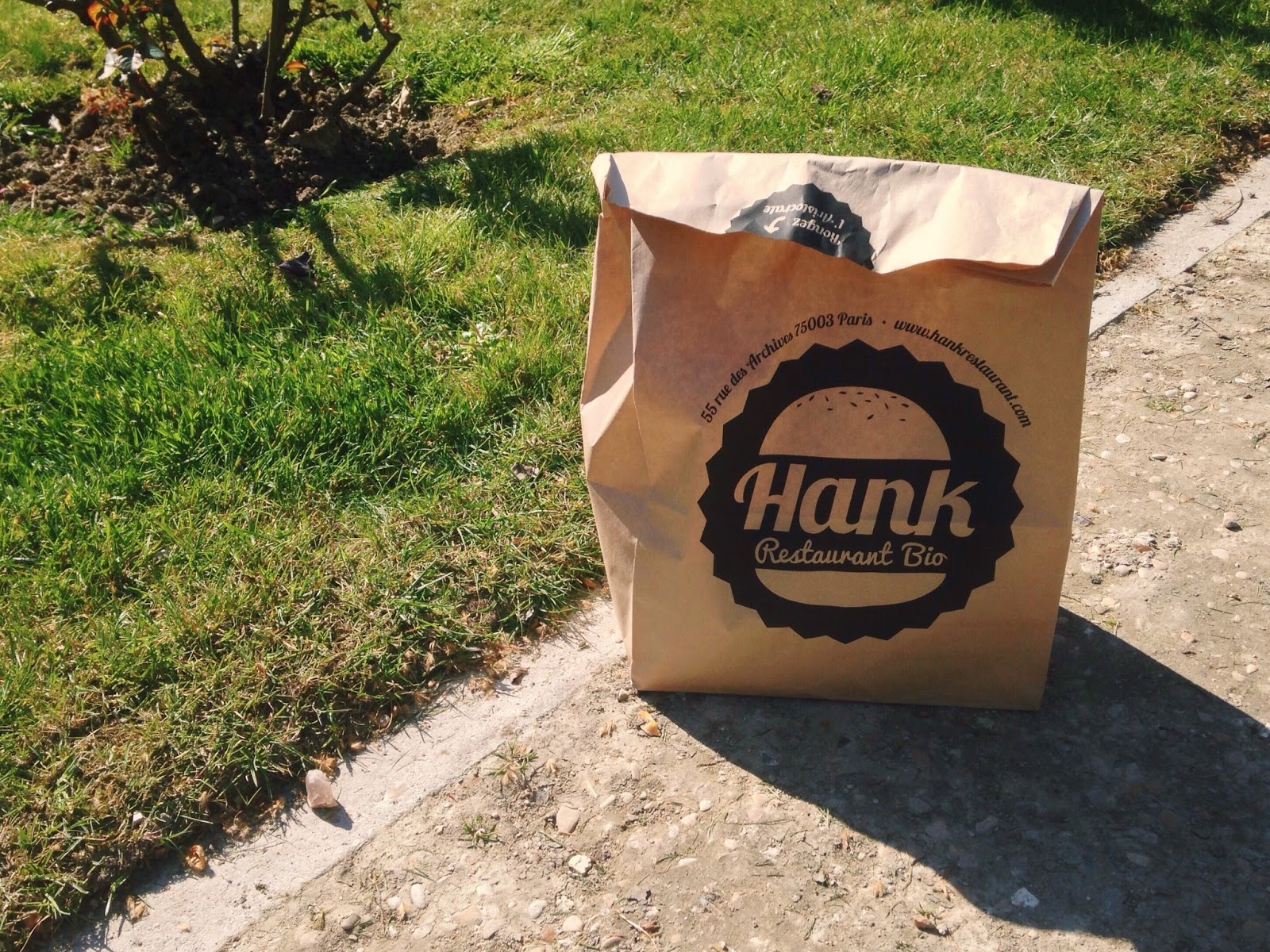 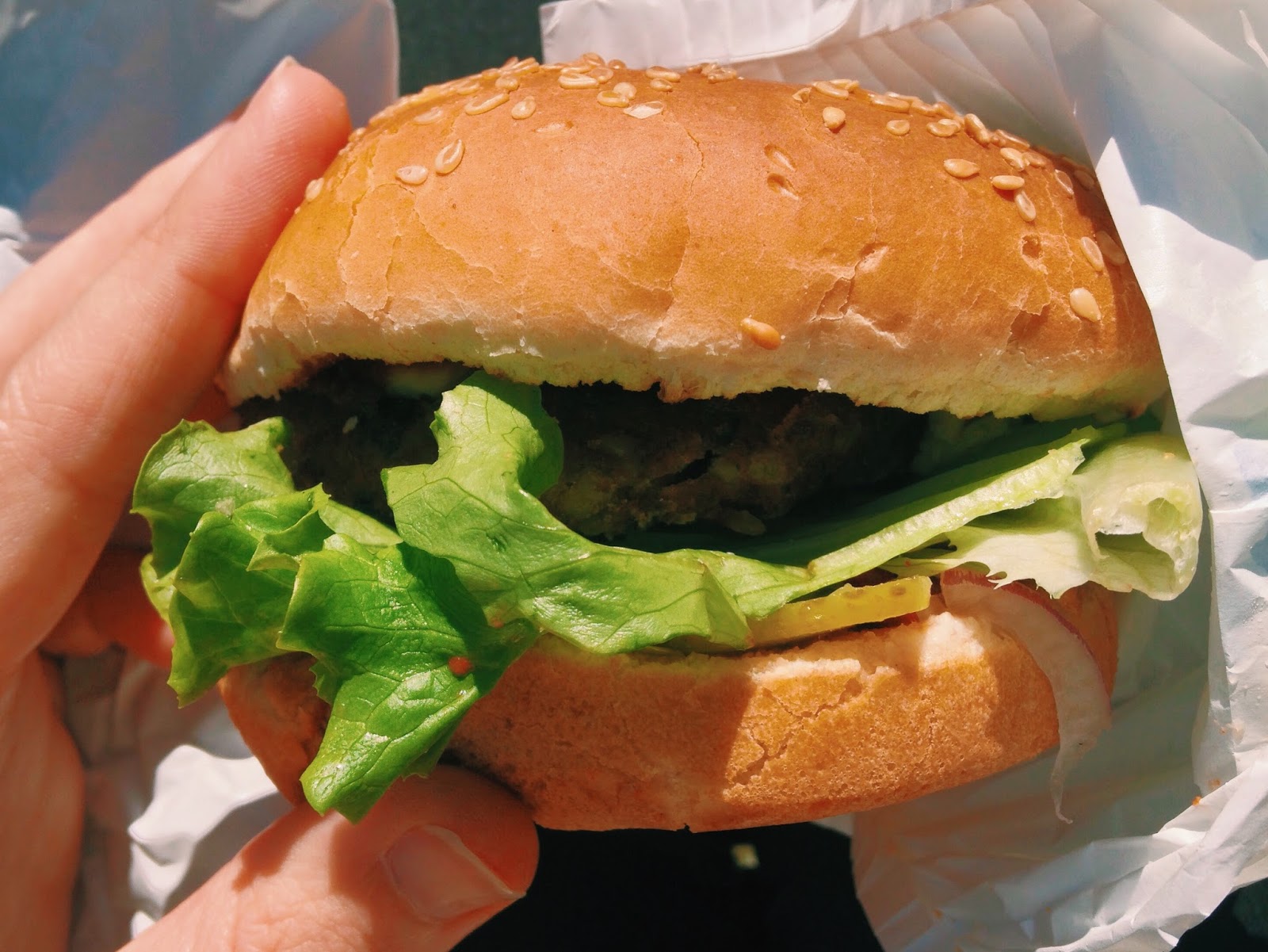 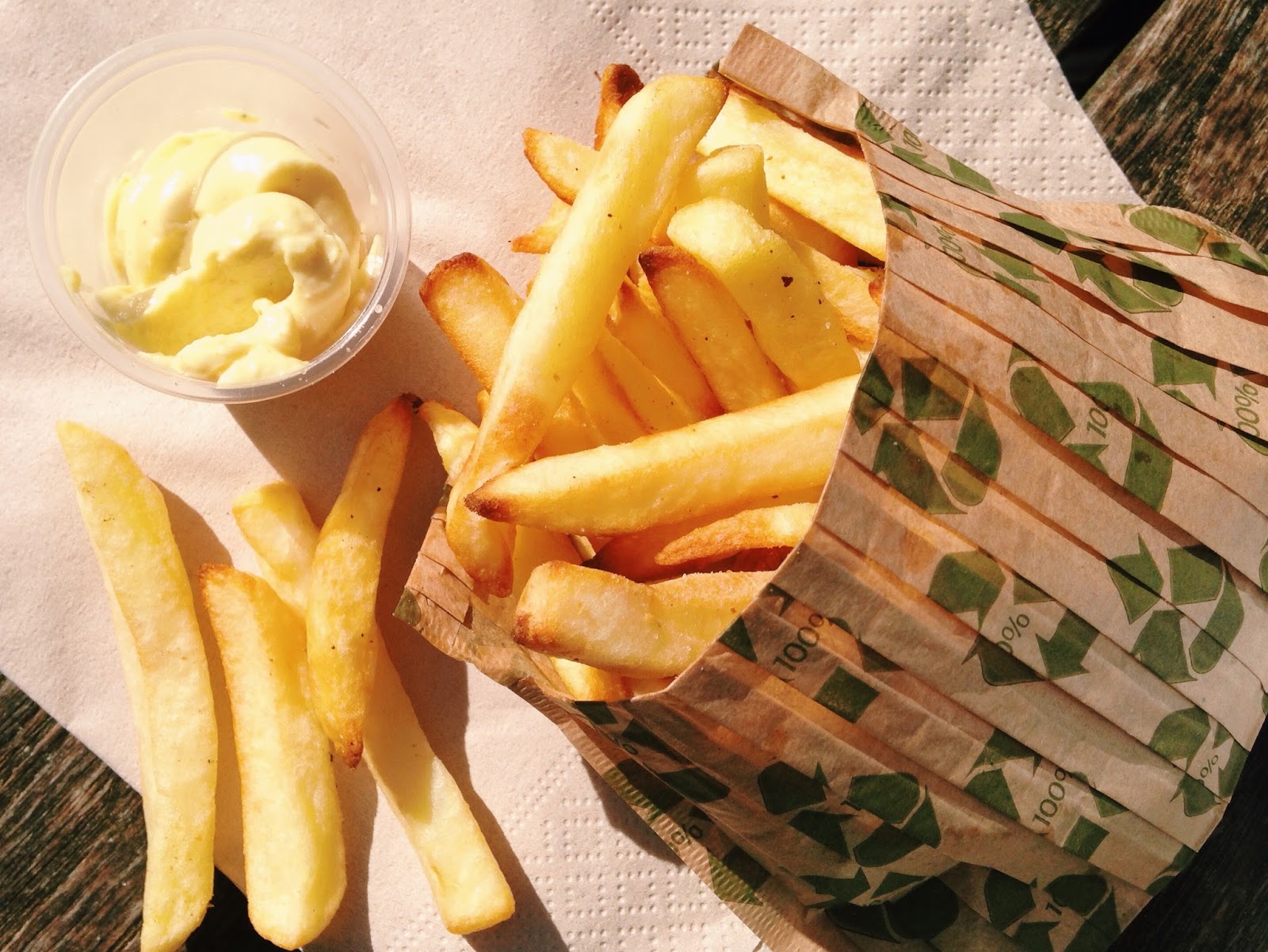 Here’s my crowning glory for my Paris series in terms of vegan food – Hank and its vegan burgers! This was a completely new place to visit for me, and I was surprised at just how great the food was – especially the vegan cheese (which tasted practically cheesier than actual cheese!) and vegan mayonnaise.

Hank burger is not only a vegan-only burger shop, but it’s also completely organic, including its drinks. The organic peach juice is especially good! I was also really impressed by the fact that my burger was made in front of me, rather than pre-prepared. The place provides a choice of five different flavoured burgers (the majority of which aren’t spicy, which makes a change for vegetarian burgers) and they come with chips or salad, with sauces and a drink for 11 euros. I chose the L’allumé burger, which featured barbecue sauce and smoked peppers, plus I chose the vegan cheese to go with it, and it was more than delicious. On top of that, they make vegan desserts too, which also are part of a 13 euro menu deal, but I was too full to get one!

Surprisingly, after researching the restaurant, it also offers a delivery service for nearby residents! So if you’re staying in the 3rd arrondissement, lucky you! This is actually a pretty good idea, as there isn’t much space to sit and eat in the restaurant, although there are a lot of parks in the vicinity to eat in. Overall, if you’re vegan, this is definitely a restaurant to visit while in the city.

END_OF_DOCUMENT_TOKEN_TO_BE_REPLACED

Sign up to receive my newsletter, out every first Sunday of the month. END_OF_DOCUMENT_TOKEN_TO_BE_REPLACED