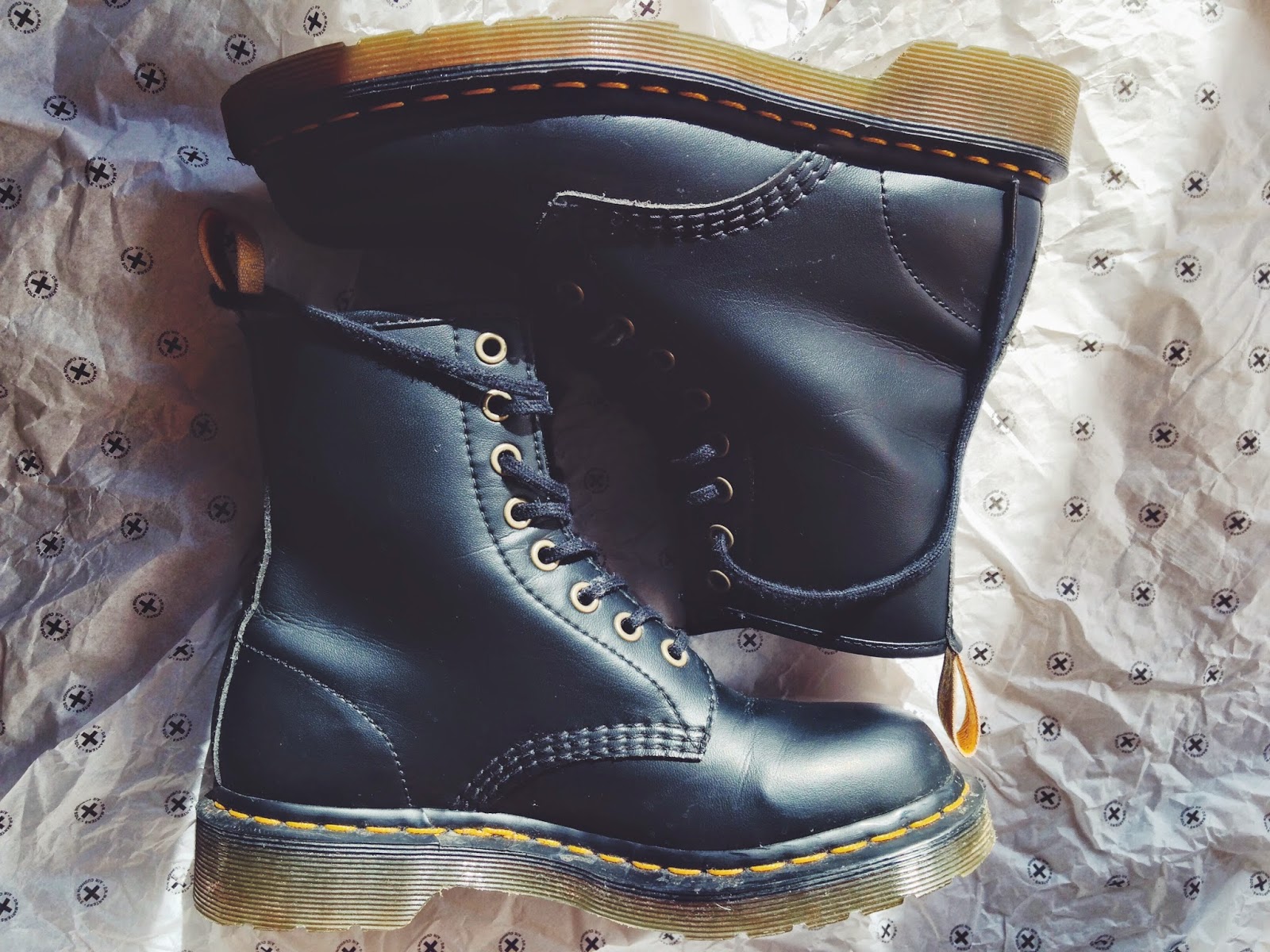 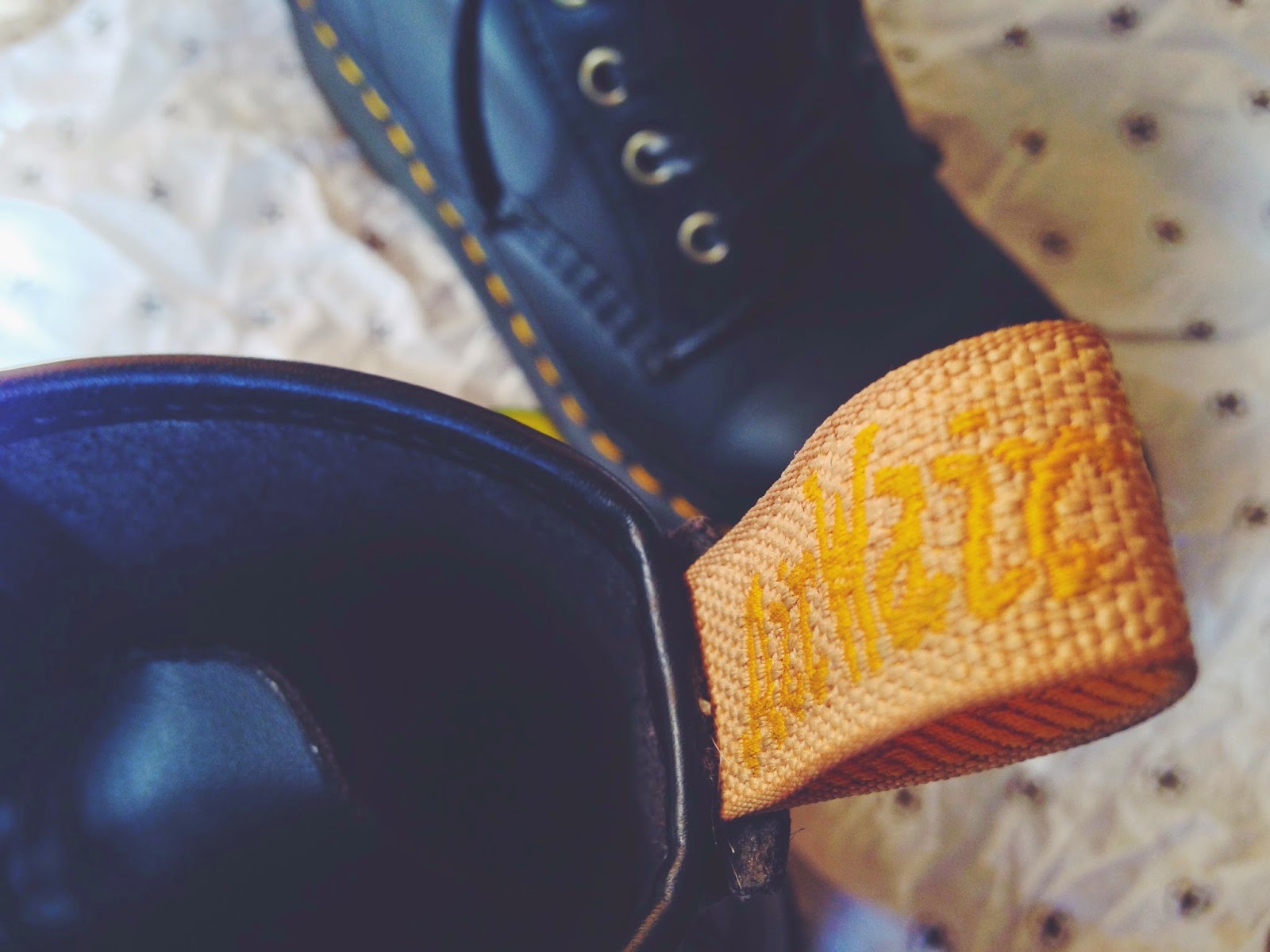 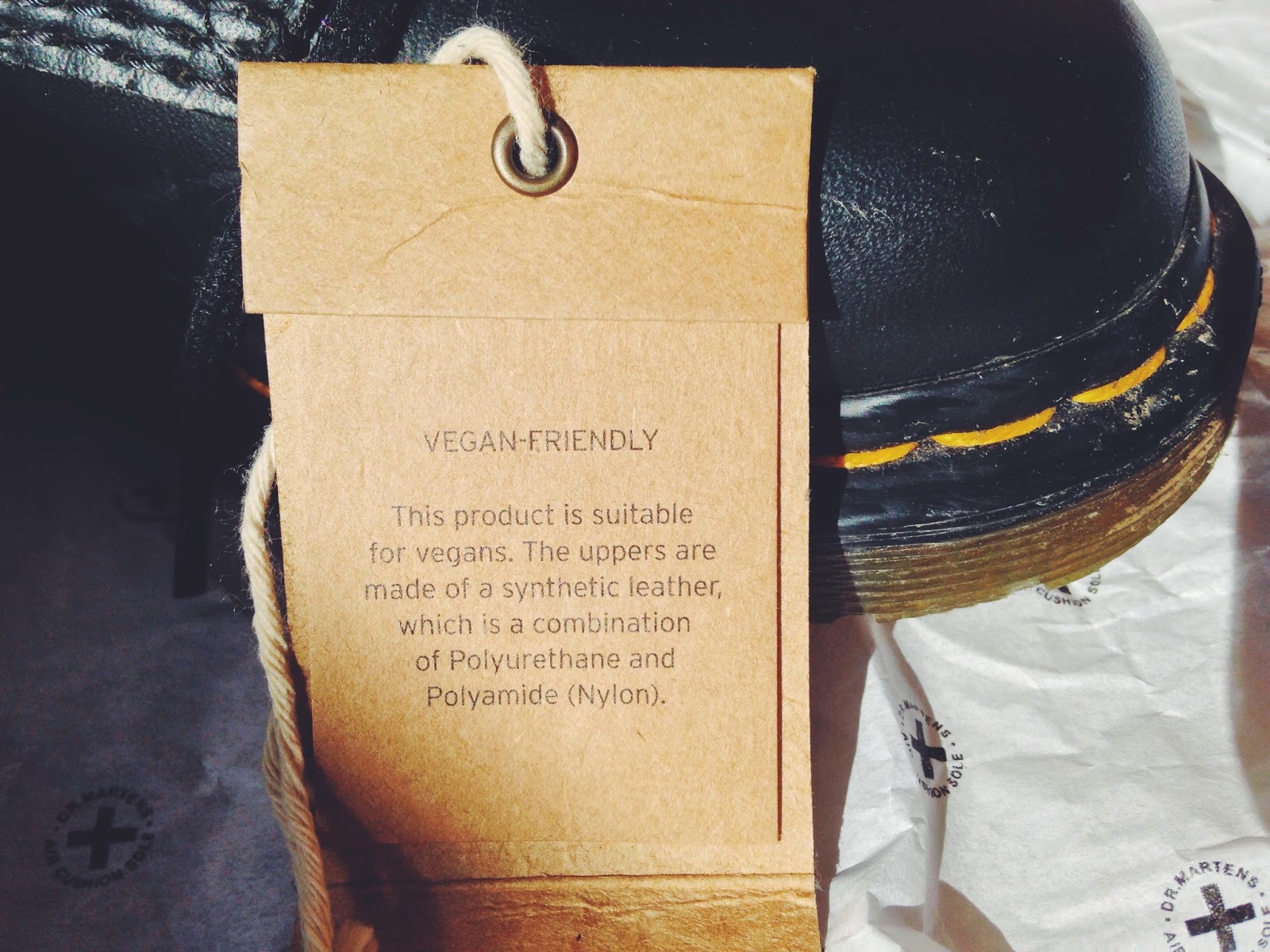 It’s been just over two months since I bought my Dr Martens Vegan 1460s, so I thought that it’s about time I gave them an honest review. I’ve never had Docs before, but wanted a pair for some time – especially seeing as they’re produced in cruelty-free conditions using no animal by products. In fact, they originate from a little village near where I grew up, so there’s some sentimental value too! I picked up this pair just after Christmas so as to deal with the cold and icy weather, which we surprisingly didn’t get too much of this year, but as my daily commute is a 30 minute walk, I felt it was worth it. (I also found that my newly divorced pair of heeled boots were the culprit behind my shin splints and exaggerated over-pronation, so if you’re experiencing that, I’d suggest getting some “sensible” shoes!).

Living in a city, dealing with rough terrain is a rarity, so you might think that wearing a pair of these is akin to driving a 4×4, but hear me out. I’ve been floored by black ice on flat cement many more times than crunchy thick snow on grass, so my respect for the soles on these is sky high. They are practically indestructible, and will hug the floor like it’s their long-lost lover! Not once have I stumbled on badly paved ground or in puddles either, although the inflexibility of them does make taking stairs a bit of a chore.

Now onto the “synthetic leather”. As a mix of plastics, including nylon, the uppers are flexible and so far, have been hard-wearing. Nothing has managed to scuff or stain them either – the pictures featured are after two months of use, and all you can see are the wrinkles from where my feet have bent in the shoes. It’s also a nice touch that the yellow “tongue” is a lighter colour than Dr Martens‘ other boots, making the Vegan 1460s instantly recognisable. One thing that I have noticed, and I’m not sure if pegging it on the material is fair seeing as I’ve never worn the leather boots, is that these guys do not keep your feet warm. It’s alright if you’ve been walking for a little while or are wearing hiking socks, but if you’re standing around in the bitter cold, your feet are going to feel it.

Wearing my Docs in

The other major drawback that I have experienced is the wearing-in process. Boy did these things destroy my feet in the beginning. Even after looking up the best ways to wear them in harmlessly (two pairs of socks, plasters, wearing them in at home, special shoe polish, heating them up using a hairdryer…), my heels wore away and I had painful blisters for days – making the risk of falling over in less practical shoes an appealing concept, so as to stop the pain. Despite the move towards a different material, the shoes’ design is still the same – the steel toe-caps and hard structure will make your feet mould to them, rather than the other way round. If you’re prepared for that, then I would definitely recommend these. For me, it was only after four or five weeks that there was no rubbing – and that’s after I’d ruined a few good pairs of socks, gotten through a whole box of plasters, learnt to lace up differently and applied Burt’s Bees Coconut Foot Cream every couple of days too (that stuff is dreamy, by the way).

All in all, I would recommend these boots if you’re looking for long-lasting, strong and grippy boots that will probably outlive you (making the £120 price-tag just a little less painful), but unless you’re really lucky, you will hurt, and you will have to tame them before they love your feet back. Also I would recommend buying these in a size down if you’re female – I bought these in a Size 4 (I’m a 5) as they’re unisex.

Seeing such a reputable brand produce boots specifically catered to the vegan leather market is a great step forward, and as they’re also in fashion right now, it’s a good time to purchase them, to show your style and your resistance against the meat industry (how very anarchic!).

END_OF_DOCUMENT_TOKEN_TO_BE_REPLACED

Sign up to receive my newsletter, out every first Sunday of the month. END_OF_DOCUMENT_TOKEN_TO_BE_REPLACED